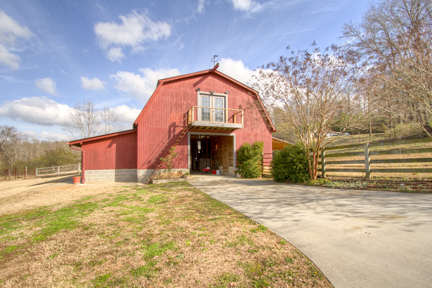 It’s too big. I think those were the first words I uttered when we first laid eyes on the spread that would become our home, our farm. Way too big, I wouldn’t know what to do with it all.

In our small family I’m the voice of reason, the realist, the pessimist Glen would say. He’s all yes, yes, yes, that glass is full, dang isn’t it beautiful?

I saw a mountain of chores, mowing for days, too many spaces to fill and to fix.

In my long single days I lived in an 800-square-foot condo in the sky and a 500-square-foot shot gun shack for heaven’s sake. Small means organized, understandable, manageable.

Walking into the big red barn that day it felt cavernous and I was nervous. The barn cat, William, presided over his domain, bored. Yes, I thought it was beautiful beyond words, the smell of hay and wood and wet concrete mixed with animals I had yet to know. But it just seemed to unknown, too much, more than I could fathom.

Ten horse stalls, two small storage rooms, a wide center aisle, two open rooms on the side for gardening tools and equipment, an apartment up the stairs, a tin roof. The story goes that the first owner lived in this barn and bathed in the well before there was a house, before there was a bathroom.

The Farmer’s Almanac says old barns were painted red, not for the color but for the usefulness:

“Many years ago, choices for paints, sealers and other building materials did not exist. Farmers had to be resourceful in finding or making a paint that would protect and seal the wood on their barns. Hundreds of years ago, many farmers would seal their barns with linseed oil, which is an orange-colored oil derived from the seeds of the flax plant. To this oil, they would add a variety of things, most often milk and lime, but also ferrous oxide, or rust. Rust was plentiful on farms and because it killed fungi and mosses that might grow on barns, and it was very effective as a sealant. It turned the mixture red in color.”

So the rust-red barn stands, the original structure, the oldest. The best.